This article marks the second Rum Nation release that I have been fortunate enough to cover here. The first was their Jamaica White Pot Still which you can read all about here whilst also getting a little history of the Rum Nation brand and the man behind it, Fabio Rossi.

Lets get down to business then….. 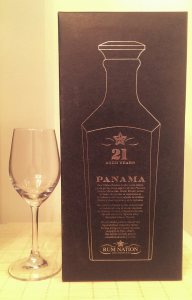 The first thing that strikes you about this Rum is the presentation. The box, whilst having a simple matt black lid resplendent with silver text and bottle outline, has a mirrored cardboard base that just oozes quality. Within that base lies one of the most dazzling bottles that I own. Large satisfying silver topped cork? Check. Heavy decanter style bottle? Check. Silver band around the stubby bottle neck bearing the Rum Nation logo and age of the Rum? Check. Spanish text that I can’t understand? Check. Fortunately, the latter is easily resolved. Whilst if the Rum is good enough, it can be presented to me in a cardboard box with a plastic tap, there is something quite ceremonial about removing the bottle from its reflective home, uncorking it with a satisfying ‘pop’ (I’ll wait whilst you insert your finger into your mouth to make a popping sound) and then pouring the mahogany liquid into a suitable vessel whilst the aromas fill the room. The Rum itself is a blend created by Francisco ‘Don Pancho’ Fernandez. It is distilled in a continuous column still and is aged in ex-bourbon American oak barrels for a period of 21 years. From the information that I have uncovered online its origins are based at the Varela Hermanos Plantation and Distillery that also produces Ron Abuelo.

The mature distillates are blended in Panama prior to being exported to Italy for bottling, fully certified in terms of both origin and age. The beautiful bottle that carries the liquid is produced in Italy therefore it makes sense take the liquid to the bottles to avoid sending empty bottles from Italy to Panama and then back again. Releases of this Rum are limited. The first release of 3600 bottles was in 2011 with a second release again of 3600 bottles in 2013. The last release of 5436 bottles was in 2014 (Lot Number 14258). I only wish that I were tasting this Rum is sunnier climes, perhaps on a sunny terrace overlooking the beach with the smell of cigars and the saltiness of a retreating tide in the air. Sadly I’m in Cheshire, it’s considerably less than tropical outside and I’m engrossed in the Arnold Bitner book: Scrounging the Islands with the Legendary Don the Beachcomber. Lost in the book and nosing the Rum, taking the occasional sip until it hits me again….that is why I love Rum so much….it has the ability to transport you to these places, no matter your location. It has the ability to paint pictures that are so convincing, they could be memories of a past adventure. But enough waffle, what does the Rum taste like? 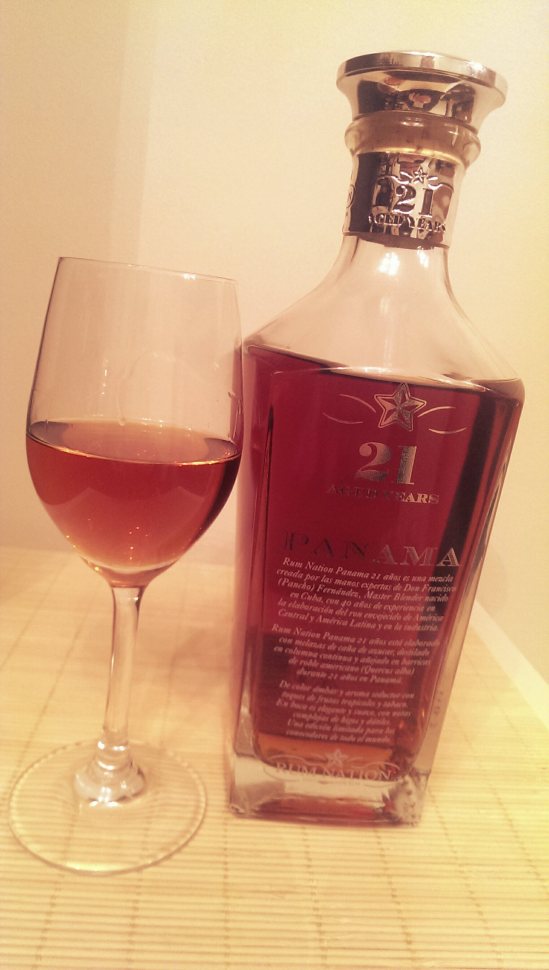 In the glass: The Rum displays itself as a beautiful dark mahogany and a swirl of the glass releases slow reluctant teardops of Rum. The aromas bubble over the glass and the aromas of stone fruits such as prunes and dates start to fill your nose…raisins follow along with a sherry like aroma. Salted caramel sauce, chewy toffee sweets and a little brown sugar all follow the sherried notes and there is the lightest hint of smoke. It reminds me of a holiday that we once took to Newquay where we stuffed local fudge into bananas and put them onto the barbecue to warm through releasing warming smoky caramel aromas into the night air. Leather and tobacco are next to show up and really make me wish that I had a cigar to pair with this Rum….Chocolate and black cherries are also apparent in sort of a liquid Black Forest gateaux. An oaken element and more of that tobacco round out the nose which has been extremely pleasant.

In the mouth: The Rum leads with a little bite which is a nice surprise after its aroma packed easy-going nose. Maybe its a little bit of a dark horse! Smoky sweetness and those sherried notes are the first flavours to fill my mouth carried on its medium body….that’s medium…not the chewy behemoth that I was expecting. Prunes and raisins lead the next flavour assault wave before a beautiful oaky dryness starts to fade in and bring with it a little pepper. It has a bit of an attitude too with the pepper which shakes things up a little. Brown sugar, chocolate sponge cake with amarena cherries and cream is hitting me in a big way along with apricot before light dry orange peel appears….very much like a dry curacao. The finish is of a medium length and is medium dry with a heavy leather and tobacco influence. Oak and sherry are also there before the fade into a last peppery kick. Again…I wish that I had a cigar to pair with it as the leather influence is amazing with the tobacco leaving the same feeling in your mouth as when you are sitting out in the last of the evening sun finishing a cigar. It’s a strange one for sure in the fact that it appears on the surface to be a soft and playful puppy dog that eventually nips you with those needle like teeth…that’s what that little peppery kick feels like. At times it feels a lot stronger than 40% abv due to the little bites it keeps taking out of you but you need that little bit of attitude. It’s not the lazy old man of the Rum world given its 21 years…its grown old gracefully but retains its reckless teenage streak as the oak has not over influenced it.

The Rum itself retails for around £75 to £92 and when picked up at the lower end of the bracket is in the same price bracket as El Dorado 21…and although they are totally differing styles, this maybe has a shade more going on given its attitude….both warrant purchase though. I’d gladly extol this Rums virtues to anyone who would like to listen….pop around and be sure to bring a few cigars…Montecristo Open Masters maybe…nothing too heavy. Better still, fly me to that terrace overlooking the beach…I’ll bring the Rum.