I’ve previously looked at a couple of Berry Bros. bottlings that have been for other people, a couple of Hampdens and a Caroni….and they all hit the mark, but this will be the first of their own releases that I have looked at.

Berry Bros & Rudd are a Wine and Spirits Merchant based in London, Britain’s oldest, and they have traded from the same premises at 3 St. James Street, London since 1698. They have also branched out with offices in Japan, Singapore and Hong Kong. They have a Wine School and an exclusive fine wine and dining venue in London’s St James’s.

St Lucia you will be familiar with having seen plenty of reviews and articles on this site. They have numerous marques from four stills available and they are not afraid to use them. 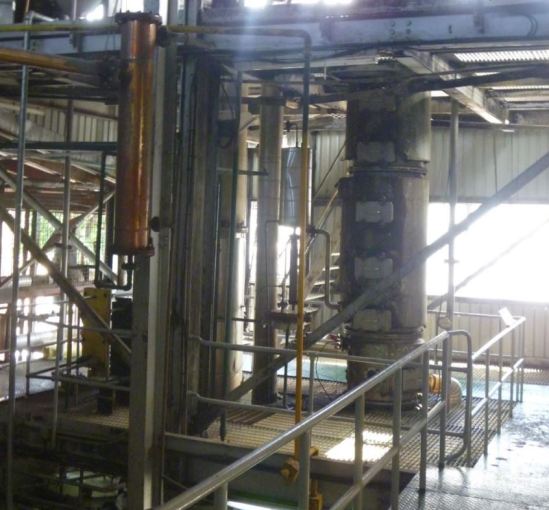 There have been a couple of bottlings of this Rum released, I know of an 11 year and this 14 year. From the information that I have been able to uncover, the contents of this bottle were from a 2000 distillation with bottling and release in 2014. The high likelihood is that this has seen little to no tropical maturation with most if not all of its time being spent in a cooler climate. Bottled at 46%, with unknown quantities, I do know that until the past 18-24 months this bottle was available relatively easily. This is in fact my second open bottle of this Rum. Taking a guess at the stills, with a 2000 distillation it would put only two stills in play, the Coffey traditional column and John Dore I….but without further information, we’ll have to use our nose and palate to decide if its single still or a blend. 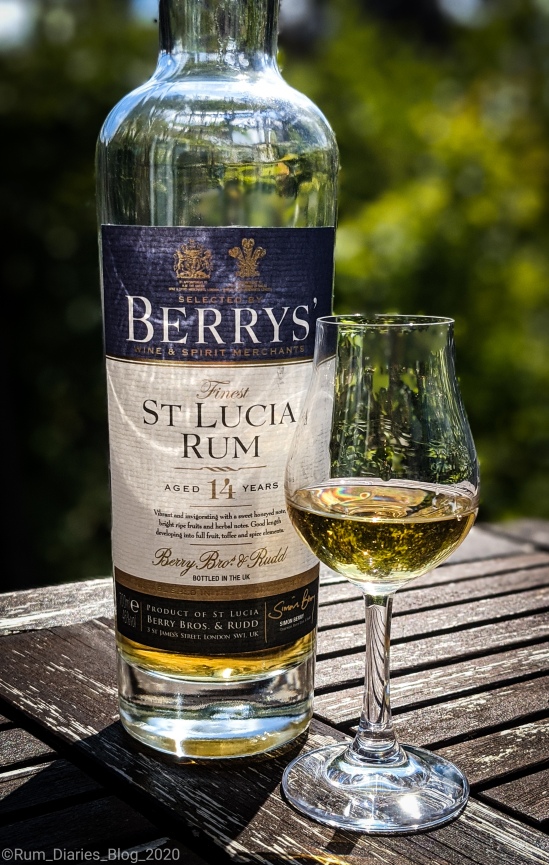 Nose: As has become the norm now, St Lucia distillers output definitely has some key indicators coming from their stills. The aroma from the glass is confirming my assumption of the stills used. A little sweetness, vanilla and acidity initially and a lightness to the nose that brings quite prominent, almost cooling menthol notes. A whiff of wet mint to accompany a growing medicinal quality, not quite Vendome-esque……more subdued but still light sticking plasters notes, a hint of oil and the aroma of a new air filter being installed on my old diesel Peugeot 306. A little fruit fights through with overripe and fermenting pineapple,  but still carrying a cool feel to it, like the aroma of the pineapple mint growing in our garden. It becomes a bit brine led too with some light salty green olive notes, lemon oils and a little savoury edge before the lightest hint of cedar and warming peppercorn ease in. Not a huge amount of wood on the nose but it is there playing second fiddle to the rest of the olfactory display. On the nose, for me this is a blend of both aforementioned stills.

Mouth: A solid yet not oily mouthfeel……lighter than expected though, maybe the pot to column ratio is dialed down. The initial sweetness of vanilla, toffee and light icing sugar coated fermenting tropical fruit soon gives way to a growing savoury character. Quite creosote like with plenty of black olives, preserved lemons and a large dose of liquorice. The mid palate becomes a little spicier with a hint of fresh fragrant green chili, cloves and ginger. There’s an almost herbal quality too easing its way past the light woody notes. The finish, which is of a decent length is quite spicy bringing back the ginger, chili and wet wood with the merest hint of plasters and liquorice. Sweetness pops back for a fleeting moment before the return of the cooling menthol and eucalyptus leaves you with a touch of cigar box and right at the death, pineapple cube sweets.

In conclusion: I thought it good to get this review out given the large quantity of 50/50 John Dore I and Traditional column blends that seem to be hitting the market at the same abv, tropically matured but coming with less time in the barrel. This is bottle number two of this Rum that has just disappeared, with one remaining in the rum store…that one was picked up for me by Wes at Rumfest a few years ago, incidentally he reviews this rum over in his website thefatrumpirate. The two bottles, both the 14 yr, have given me plenty of easy drinking with moderate levels of complexity and high levels of enjoyment. The rum displays almost as well as some of its entirely tropically matured cousins but lacks the intensity of a little more time in the sun. That said however, if you do see a bottle, be sure to pick it up as a lot of enjoyment sits within its sleek, tall silhouette.