Rum advocate and Manchester based Dave Marsland of Drinks Enthusiast is bringing back Manchester Rum Festival for a 3rd year running, hosting it at the new event and exhibition space Brickworks, within Barton Arcade on Deansgate. Saturday 8th June 2019 will see an expansion of the previous two sold-out festivals, resulting in both an afternoon and evening session for the first time, with ticket prices frozen from the 2018 festival, staying at £20 per person.

The festival, created by Dave in 2017 to show that Manchester and the North of England are contributing in a major way to the growing rum category, will feature for the first time a seminar room that will house some of the world’s best rum speakers, brand owners and cocktail bartenders. It will also see the return of Revolución de Cuba as the festivals bar supporter, offering a variety of rum cocktails through their Cuban bar experience. The in-house festival shop will also be present once again, this time hosted by Marigot Bay Bar and Café, the latest venture opened by Dave in July 2018 in Altrincham. Alston Bar and Beef are also returning as one of the festival’s food vendors.

Exhibitors will be announced over the coming months through the festival website and social media pages, as well as further activities around the city. To purchase tickets, visit http://www.manchesterrumfestival.com

We’re definitely planning to be there!

© Steven James and Rum Diaries Blog 2018. Unauthorized use and/or duplication of this material, both written and photographic without the express and written permission from this blog/sites author and owner is strictly prohibited. Excerpts and links may be used, provided that full and clear credit is given to Steven James and Rum Diaries Blog with appropriate and specific direction to the original content.

Manchester Rum Festival to host round two at Manchester Cathedral

Manchester Rum Festival, the cities only official festival of its kind for the rum category, is returning Friday 1st June 2018, heading to the iconic Manchester Cathedral.

With the 2017 launch of Manchester’s first dedicated rum festival turning out to be a sell-out success, organizer and owner Dave Marsland of Drinks Enthusiast has turned to the historic venue to house over 75 brands of rum from all over the world, a dedicated cocktail bar for classic signature serves, and the chance to purchase via local independent retailer Riddles Emporium’s on-site shop.

Tickets for the festival go on sale Tuesday 28th November at 9am, priced at £20 for the full session, and will be available via the official Manchester Rum Festival website.

The festival will be a weekend long affair, with the main festival positioned on the Friday 1st, whilst the Saturday and Sunday will offer up a host of rum focused events, tastings and cocktail specials. The return of the rum brunches will see city centre venues collaborate with the likes of Chairman’s Reserve from St Lucia, whilst the cities tiki bars and cocktail haunts will work their Caribbean magic by putting on festival special menus for the weekend.

New Polynesian venue Mahiki will be hosting the official Manchester Rum Festival after-party on the Friday evening, kick-starting what Dave hopes to be a weekend of rum interaction between novices and enthusiasts across the city.

For more information on the current exhibitors and extra events, please visit www.manchesterumfestival.com

Manchester Rum Festival can be followed on Twitter @McrRumFestival

Having attended and enjoyed this years event immensely, we can’t wait to see what Dave and helpers have lined up for 2018……The Rum brunches are also well worth checking out! Keep an eye out and with last years event selling out in a matter of hours, grab your tickets quickly!

RUM AT THE READY FOR MANCHESTER’S FIRST

Manchester’s first ever rum festival is coming to town this year, thanks to freelance drinks curator Dave Marsland, aka the Drinks Enthusiast.

Located at Revolución De Cuba, the festival will be held on Saturday 3rd June, and will boast over 40 types of rum including Bacardi, Chairman’s Reserve, Diplomático, Sailor Jerry and Mezan. Brunches, afterparties and shenanigans galore will mean it’ll be a Caribbean affair from dusk ’til dawn.

Tickets cost £15 for the festival (brunches and afterparties not included) which runs from 12pm-5pm, and include a welcome drink by sponsor Coco Re’al, along with a taster from each of the 15 stalls as you work your way round exploring the top brands.

And if that’s not enough booze for you, a team of mixologists and brand ambassadors will be on hand at the cocktail bar serving up a selection of rum cocktail favourites.*

Dave Marsland said “Rum is a staple within the Manchester bar scene, especially with the popularity of venues such as Revolución De Cuba, so I wanted to celebrate it! There’s so many incredible rum brands I felt the best way to celebrate them would be with a festival.

The festival will host entertainment, themed food and drinks offers and gifts, so we really are going all out, plus there’ll be events running throughout the day to get everyone in Manchester involved. I’m just looking forward to meeting guests on the day and seeing how popular the already much-loved brands become.”

Details for brunches and after parties and further rum promotions will be announced soon, but here’s how to purchase your ticket to the main festival – http://www.manchesterrumfestival.com/whats-on

I’ve also been able to get a few images of the cocktails on offer at the festival….these include a Bacardi Mojito, Banks Swedish Rum Punch, Chairman’s Reserve Mai Tai and Pusser’s & Re’al Painkiller. 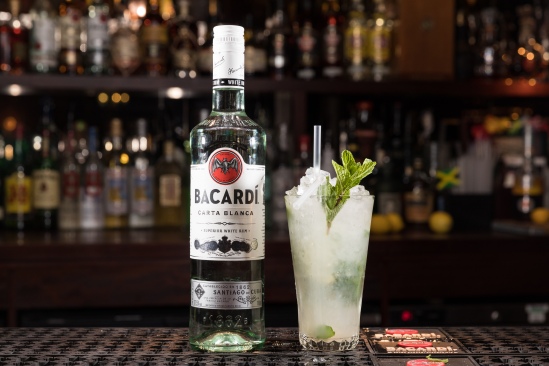 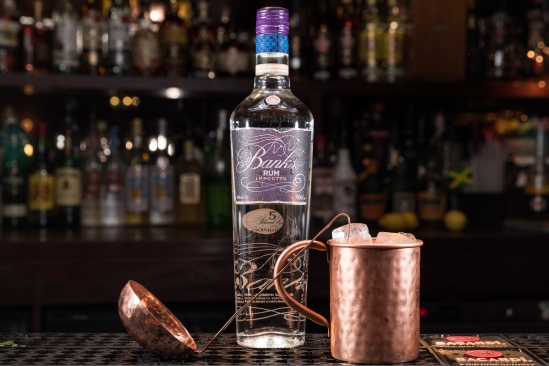 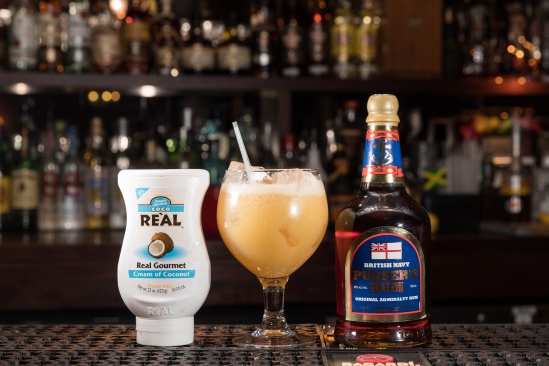 So there we are…the venue has been announced. The list of exhibitors is growing and there is something in the line up for those new to the category and for those growing tired of the additive laden side of the market seeking something pure and refined. This coupled with cocktails and a host of other events in the city, it looks set to be pretty amazing. Being so close to us, we’d be foolish not to attend. See you there?

© Steven James and Rum Diaries Blog 2017. Unauthorized use and/or duplication of this material, both written and photographic without the express and written permission from this blog/sites author and owner is strictly prohibited. Excerpts and links may be used, provided that full and clear credit is given to Steven James and Rum Diaries Blog with appropriate and specific direction to the original content.

St Lucia Distillers Set to Travel Around the North of England

This April, UK distributor Emporia Brands have put together a calendar of events involving its award-winning St Lucia Distillers range.

Brand Ambassador Dave Marsland will be touring four Northern cities as he brings together the Chairman’s Reserve range, which includes Gold, Spiced, White Label and Forgotten Cask, the Admiral Rodney, and the latest edition of 1931, the 4th release.

In 1931, the Barnard family founded a distillery at Dennery. Now based on the other side of the island at Roseau, the distillery has been considerably modernized and new technologies and improvements constantly incorporated. The installation of pot stills in 1998 added considerably to the variety of rums being produced in this highly regarded distillery which received the accolade of Individual Distiller of the Year at the International Spirits Challenge, one of six trophies received in six years – a unique achievement.

With the premise of a flavour experience, the tour sees an approach to the range that offers bartenders and key industry figures invited to not only learn about St Lucia, but ideas on how to embrace the versatility of St Lucia Distillers, from the Spiced variety to the rare 1931.

With Liverpool, Manchester, Leeds and Newcastle on the agenda, Emporia Brands are looking to strengthen their campaign as they look ahead to the next instalment of the ‘Chairman’s XI’ with their ever-expanding sales team seeking out some of the UK’s best and brightest to follow in the footsteps of some of the industries key figures, including Lyndon Higginson of The Liars Club in Manchester, Danny Murphy of Aloha in Liverpool and Adam Binnersley of the MOJO Group.

Places are limited to 30 maximum for each session, due to the rarity of gaining the exclusive 1931 4th Edition for the tasting’s. To secure your place, please contact Dave Marsland at dave@emporiabrands.com, stating the session you wish to attend from the list below.

A welcome drink will be offered, as well as a half-time serve of a Chairman’s White Label Daiquiri, and a finish of the 1931 4th edition.

If there is even the slightest chance that you can make it and places are still available, this is a must. The quality and number of styles coming out of St Lucia Distillers is phenomenal and if rumors are to be believed, there may be a few special distillates to try too.