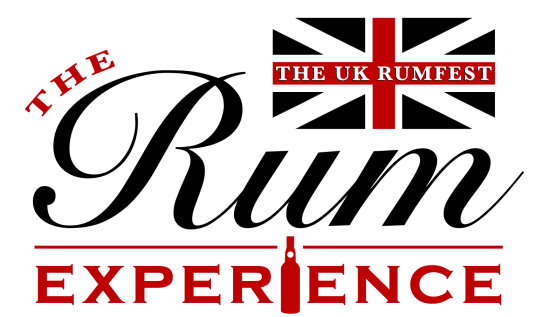 JUST ONE MONTH TILL LONDON HOSTS THE WORLD’S PREMIER RUM CELEBRATION, THE RUMFEST

Fans rejoice as The RumFest returns to the UK on Saturday 11th and Sunday 12th October with a fresh look and a new venue. London’s ILEC Centre in Earl’s Court will play host to the eighth annual event, a celebration of rum and rum culture and in particular for 2014, a look at some of the most premium blends on the market. As a finale to the London Cocktail Week celebrations, attendees can sip and savour tipples from the vast variety of rums available from all over the world. Whether household and revered names like Bacardi, Havana Club, Diplomatico, Angostura and Mount Gay to discovering the industry’s best bourgeoning or spirits such as Duppy Share, Pusser’s and Abelha, there is no other place in the world to rejoice in a love of rum. Not only this, The Rumfest is a chance for both novices and discerning drinkers alike to delve deeper into this vibrant culture, with a variety of masterclasses and seminars including cocktail workshops, rum and marshmallow pairing and chef & cocktail demos. Complete with a very special charity auction hosted by Christie’s supporting WaterAid and a carnival atmosphere, The Rumfest is the perfect place to bring the warmth of summer into the autumn months, a truly ‘rum-derful’ thing indeed. Tickets are now on sale for £49.95 available with more information from the The RumFest website. To apply for press accreditation visit the online application form.

The RumFest embodies the heart and soul of the spirit and the passion of its founder Ian Burrell, Global Rum Ambassador. Recognised worldwide as the go-to event in Europe for the rum category, it brings together the world’s biggest, smallest, established and up-and-coming brands for a weekend of celebration, discovery and community.

Now in its eighth year the two-day event attracts both consumer and trade professionals alike, succeeding in developing even the most educated rum fans knowledge whilst introducing the spirit to complete novices. 2014’s RumFest will take proceedings to the new heights with a focus on the premium brands and blends within the category. The all-new Golden Tot Tokens will give visitors the opportunity to take part in some exclusive tastings of ultra-premium blends that retail between £80 – £2000 a bottle. With limited amounts available, visitors are urged to get in quick before stocks of these exquisite blends run out fast.

Guests are invited to take part in Seminars, Masterclasses and Workshops taking place across the two days set to bring to light the delights of the category. Seminars hosted by prestigious brands including Angostura, Diplomatico, Mount Gay, Havana Club and Don Q who will take attendees on an intimate journey of rum discovery. A selection of the industry’s greatest ambassadors including Richard Seale of Foursquare rum and one of the world’s best distillers Michael Delevante, will share their wealth of knowledge with a captivated audience. Food will also play a big part in this year’s proceedings with chocolate and marshmallow pairings, plus live cooking demonstration on the main stage washed down with handmade cocktails from the Global Rum Ambassador himself. Finally, the floor will be filled with live bands, souk dancers and the spirit of rum fully embraced in the ultimate party hour finale each day. A truly ‘rum-derful’ thing indeed.

The RumFest takes place in London at the ILEC Conference Centre, Earl’s Court on Saturday 11th and Sunday 12th October 2014. Standard tickets are now on sale at £49.95 via the website, which include access to all areas of the event and single measure tastings from the majority of exhibitors. Golden Tot Tokens are £5 each and allow for additional access to the more premium rums on offer. One token can be exchanged for rum retailing £80 – £100 and more expensive rums will be available for additional tokens. This year as a precursor to The RumFest, Global Rum Ambassador, Ian Burrell will host a very special world record attempt for the World’s Largest Rum Tasting on Thursday 9th October. Limited tickets are available and can be purchased for just £10 via the RumFest website.

I’d love to say that I wasn’t at all excited about RumFest…..but we all know that would be a lie……